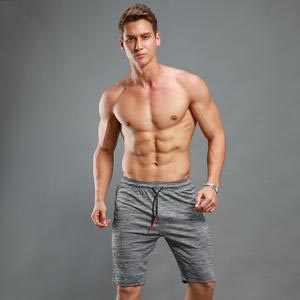 Q: What are Amino Acids?

A: Amino acids are the building blocks of proteins, and proteins are the building blocks of life. The human body is constantly assembling, breaking down and using proteins on a daily basis. In fact, 10 to 35% of caloric energy should come from good, high-quality protein. Amino acids are vital for the body’s ability to function at an optimal level. Unlike fat and carbohydrates, the human body does not store excess amino acids for later use. Amino acids must be obtained from protein in the diet on a daily basis to meet the needs of the body. They are crucial and have wide-ranging roles, including the repair and maintenance of muscles, organs, nails, hair, skin, ligaments, connective tissues, glands, etc. Because amino acids are considered the building blocks of life, specifically protein, a deficiency in even one of them can have detrimental effects on one’s health and well-being.

Q: What is the difference between essential and non-essential amino acids?

A: There are twenty “standard” amino acids used by cells in protein biosynthesis. Of the 20+ amino acids, 9 are “essential” and are required in the diet, since the body cannot produce them. “Nonessential” amino acids, on the other hand, are produced in the body from other amino acids when given an adequate supply of nitrogen, carbon, hydrogen and oxygen. Yet, even some of these nonessential amino acids are necessary at certain life stages or during certain situations, which is why some are considered “conditionally essential”

Q: Why is there an “L” in front of the amino acids on the label?

A: In chemistry, an amino acid by definition is any molecule that contains both amine (amino) and carboxyl functional groups. All amino acids share this common chemical “backbone” that consists of a carbon atom to which four substituent groups are bonded: a nitrogen-containing amino group (NH2), a carboxyl group (COOH), a hydrogen (H+) atom and an “R” group. The “R” group or side chain varies in electric charge, size, structure and solubility in water, giving each amino acid its distinct chemical properties. Since all amino acids (except glycine) contain at least one asymmetrical carbon atom, which produces a mirror image, they exist in nature as two forms (stereoisomers). The forms are designated as either D- or L-, depending on their structural relationship to a right- or left-handed reference point. While both forms are found in biological systems, all amino acids constituting proteins are composed of the L-form. DL-amino acids are a 50/50 mixture of both the D- and L- form of the molecule.

Q: What are the most popular forms of branched chain amino acids (BCAAs)?

A: The most popular form of branched chain amino acids (BCAAs) are the combination of valine, leucine, and isoleucine. Linked together, these three essential amino acids make up one third of muscle protein, and are responsible for: Rebuilding stressed muscles, promoting quick recovery, extra energy, and preventing muscles from breaking down

A: Branched chain amino acids, also called BCAAs, are the combination of three essential amino acids—valine, leucine, and isoleucine. Because they make up one third of muscle protein, branched chain amino acids are particularly important for anyone who lifts weights. Branched chain amino acids differ from amino acids because they are metabolized in the muscle, rather than in the liver. This means that after digestion occurs, BCAAs can be burned as energy-producing fuel, or they can be used to build new proteins. BCAAs rebuild are ideal for athletes who participate in endurance activities as well as bodybuilders dieting for a show, as they rebuild stressed muscles, promote quick recovery, give you extra energy, and prevent muscles from breaking down.

This is the place where you can buy top steroids online without prescription. The ordering proccess is fast and secure.

Secure way to pay online with

Support staffs ready to help you